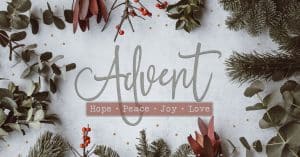 __________
ADVENT is a word with Latin roots, meaning “coming.” Advent designates a period before Christmas when Christians prepare for the celebration of Jesus’ birth. This practice may have begun in some churches as early as the late fourth century.  Sermons focused on the wonder of the Incarnation. By the Middle Ages four Sundays had become the standard length of the Advent season. Since then, Advent has been considered to be the beginning of the church year.
Our church has been observing Advent since 2012, which became a doorway to more participation in liturgical life. The church has a message of power at Christmas!  The season of Advent celebrates that Christ came, and that Christ is coming again!  So, for the next four Sundays and Christmas Eve at CIL we will share the message of Advent.  Come expecting songs about Jesus, preaching about Jesus, and communion centered on Jesus. There is not a more important activity for you this Christmas season.
Aaron
aaron@cil.church
Share
Print page
0 Likes